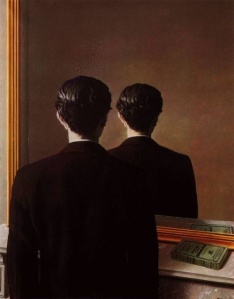 It is a common quest, this search for identity.

And I’m not an orphan.

I knew my parents and grandparents.

I should know who I am, right?

An album of tattered black and white photos records a century’s worth of mixed-bloods of French, Indian and British decent.

I now have the album.

But it wasn’t until recently I was able to connect the dots after talking with relatives in Oklahoma and South Dakota, enriched by a visit to the St. Louis home built in 1848 by Henri Chatillon.

Chatillon was my great-great-great-great grandfather, an American of French heritage whose Oglala wife, Bear Robe, died while Chatillon guided Francis Parkman on the Oregon Trail in 1846.

The trail would become a symbol of settler-Indian relationships, called the Holy Road by local denizens, according to Larry McMurtry.

The military brokered treaties with the Indians to guarantee safe passage on the Holy Road for travelers headed west, most notably, the Fort Laramie Treaty, which was signed a few years after Chatillon’s travels with Parkman.

While the treaty was supposed to end the conflict with the Indians, it served instead as a lynchpin for battles and scourges that followed.

The 1850s marked a turning point, and soon the United States would build forts offering refuge to settlers and begin construction on a railway to link the Midwest with the West.

In the short span of 25 years, a civil war would rage, George Custer would perish, railways would be built, Crazy Horse would be stabbed, Darwin would publish Origin of the Species, the Homestead Act would be passed, and the daughter of Bear Robe and Henri Chatillon would marry a French-Indian (Wah-Sha-She: Osage) settler named Louis Benjamin Lessert.

Most of the Lessert children would remain in South Dakota with their Sioux kin, but my relatives returned to Oklahoma, settling in with their Osage brethren.

I’m still discovering what it means to be Wah-Sha-She, to be Oglala. To be human.

Painting by Renee Magritte titled, “Not to be reproduced” from http://weandthecolor.com/the-surreal-art-of-rene-magritte/13307