Why American Indians don’t have rights 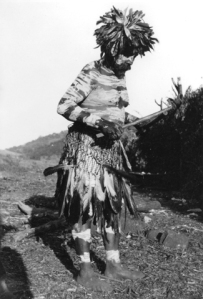 The issue of “rights” in North America entered into conversation when I saw this week that—after 38 years—a judge ruled two ancient skeletons could be given to a California tribe for reburial.

Unlike Kennewick Man—which has yet to be returned—a judge decided the California remains should be restored under the Native American Graves Protection and Repatriation Act.

The NAGPRA act was signed into law in 1990 to protect Indian remains and artifacts that have long been subject to grave robbing, black market sales and scientific studies.

But scientists trumped the law by claiming they have a right to study Indian bones.

Problem is, whose rights are at stake?

Should scientists have the right to study your ancestor’s remains?

In the Kennewick Man case, anthropologists claimed they had a First Amendment right to study the skeleton.

But local tribes argued under federal law their ancestors are protected: they can’t be sold, studied, moved or mangled.

The Indians lost, and Kennewick Man has become the province of scientists.

Unlike the recent California case of the Kumeyaay people, tribal arguments lost out to the right to study the bones.

So it’s worth examining when some rights are more worthy than others.

Critics charge that racism pure-and-simple diminishes the rights of the down-trodden.

I argue Indians never had that same footing as settlers, citizens and scientists. Our rights have never been equal.

Scientists in the 1800s considered Indians (and all non-Europeans) subhuman. Their skulls and brains were empirically proven to be smaller than Caucasians’ and were therefore deficient.

Scientific views translated into political views, and Indians were believed incapable of being civilized.

So they lacked the same rights as settlers—they could not own property nor vote, and their communities were managed by government agents.

Beliefs in the lack of intellect continue today but in more nuanced form.

Stereotypes frame Indians as closer to nature. Indians are one-with-the-animals and more spiritual.

Such stereotypes reinforce the myth that Indians lack intelligence and rationality, giving way to the notion that scientists are in the best position to make judgments that impact Indians.

1 Response to Why American Indians don’t have rights