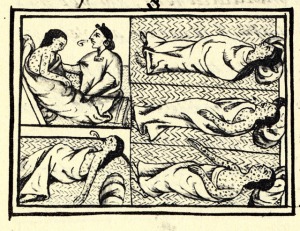 Vaccine lunacy is the way Frank Bruni described a recent outbreak of measles in California: why? Parents decided to withhold vaccinations from their children.

Children are taken ill with a disease that was once wiped from our memories–a disease that can blind you, make you sterile or kill you if you haven’t been vaccinated.

Bruni laid into what he called the madness, listing four key reasons why he thinks parents act foolishly in the face of concrete evidence that risks to vaccines are so low:

1. Parents still believe the report—now debunked—that vaccines are associated with autism. The data were fabricated and the doctor lost his medical license

2. Parents think the risk of getting measles is low. Trouble is, the more children who remain unvaccinated, the higher the risk they—and others—will get the disease

3. Parents believe in the “market of conjecture,” spread by word of false claims and gimmicks (such as weight-loss diets) that foster hope without true evidence

I learned a lot when I worked at the Centers for Disease Control and Prevention. The medical scientists at CDC didn’t think parents were dumb—they just didn’t see the big picture.

Parents are plagued with uncertainty that the unknown might befall their child, and that they can control uncertainty by eschewing vaccines.

When we examine the vaccine politics on a personal level, some parents—at least those Bruni mentions—get by with avoiding vaccines because have special privileges.

A parent can ask for a “personal belief exemption” which allows her or his child to attend daycare and schools without being vaccinated.

Problem is, personal belief—translated into a civic right—can create harm in your and my community.

In other words, their “right” can trump the community good.

Bruni’s editorial reminds me of lessons we learned as journalists keen on pursuing the truth. We felt freedom of speech trumped all.

But our professors pointed out that not all speech is protected, particularly speech that harms someone.

The case was made by Justice Oliver Wendell Holmes that yelling “fire” in a crowded theatre—when there is no fire—can cause harm.

And while speech freedoms have been contested and reframed many time over since 1919, when someone’s personal choice causes harm—we need to carefully examine that so-called right.

For decades tobacco companies opined that smokers had a “right” to smoke. Communities quickly learned that smoking causes harm.

Today, smokers’ rights no longer trump your health in the US.

But polio, mumps, measles—someone you know could be at risk because of a misguided and mislabeled personal “right.”

I would rather live in a society where we err on the side of community health instead of an individual’s right to cause harm.