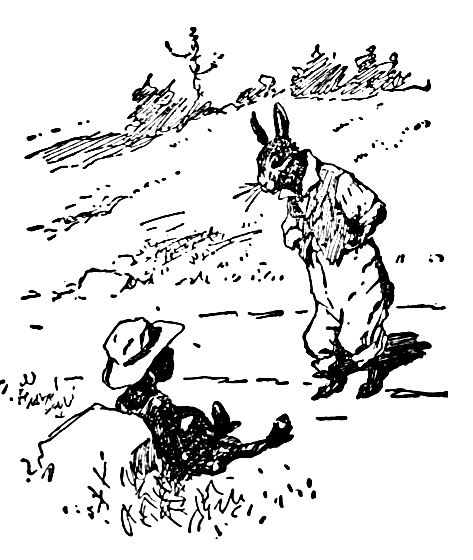 Stuck on the Tar Baby

(Today’s blog is the first of three that looks at the presidential election from a perspective that shares evidence from researchers who study mass media. But first, I must have my morning tea)

My sweetheart rises first, darts upstairs to snap on his espresso-maker and boil water for my tea.

I listen to a recording of birds that begins at oh-five-hundred: a symphony of trills and warbles that wakes me from my slumber.

No matter how hard I try, I can’t linger under the covers.

I grab my iPad, march flat-footed up the stairs, and begin the tea ritual, which includes extracting from the shelf a silver teapot from London’s Portobello Road, two teabags of an Assam-Yunnan admixture, a cup and saucer painted with yellow sunflowers, a small sugar bowl, a creamer filled with milk, and two spoons: one for the sugar and one for the tea.

While the water boils I greet my husband and my dog–in that order–and pour my first cup of tea, ladling in a quarter-teaspoon of sugar.

I sip my tea and he slurps his coffee (my husband, not my dog) and we both gaze out the window and discuss the weather.

Will it be a good day for biking? Will it rain? Do we leave the windows open or closed?

The second cup of tea gives me permission to read the electronic version of The New York Times.

I begin with page one–at least–page one of my e-version of the news.

Each morning, for months, the news reports on the comb-over candidate running for president, and offers readers multiple photographs of his image with story after story about his shenanigans.

No matter that the stories vary in content: positive, negative or neutral, they fill the screen.

Coverage runs about 4 comb-over stories to 1 Team Hillary, according to my count yesterday and today.

Researchers reported that, in 2015, the Republican race received twice as much news coverage as the Democratic stand-off.

Point is, the candidate today with the paltriest set of credentials and a dearth of political experience, who is cursed with a heart empty of compassion and a brain stuffed with straw, has captured more ink (as they say in journalism) than any other soul running for office.

Treating news coverage as if it could be quantified as monetary value is like a magician’s sleight of hand: we muggles miss the trick.

Yet press agents use the technique all the time to snow their clients.

The ruse goes something like this: measure the column inches your client gets in news.

For example, let’s say total coverage of a candidate in one newspaper for one day is the equivalent of a half-page in The New York Times.

Then figure out what a half-page advertisement would cost, and voilà–the publicist declares the candidate received more than $100,000 worth of free press.

For one day. In one newspaper.

Now add up all the coverage in all press—from the Chicago Crusader to the New Orleans Times-Picayune—and figure the ad-cost-equivalent.

Using this metric, pundits estimate the comb-over candidate had received $2 billion worth of free publicity before the conventions even started, according to a March 2016 PBS Newshour report.

How do we make sense of 2 billion dollars?

To give you some perspective, what would it take for a barista paid a minimum wage in Oregon to earn $1 billion?

So $2 billion worth of “free” advertising is a lot of dough.

Problem is, news coverage isn’t advertising, and the comparison is more like cherries-to-bananas.

And smart readers know the difference.

When you approach a news story in The New York Times, your expectation is that the article will balance the scales of conflict and cling to objective standards.

But when you confront an advertisement, you enter an alternate universe: you know an ad is trying to sell you something.

As a result, readers and viewers raised on mass media discern early on—about Kindergarten age in the Western world, according to researchers—that ads are seen differently than news, entertainment, cartoons, etc.

Active readers steel themselves mentally for the onslaught of a sales-pitch when they view an ad.

Not so with news.

When we pick up the Times or tune into television news, we’re prepared mentally for information that’s metaphorically straight, rather than bent, whereas we meet ads with a skeptic’s eye.

So the comparison of news-to-ads is like Uncle Remus’ tar baby: the more we poke at it, the more it sticks.