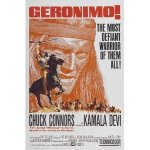 My daughter Rachel and I went to see the new documentary Reel Injun last evening, a film about Indians in cinema. It’s an ideal entree for an introduction for anyone unfamiliar with the boatload of books on natives in cinema. Here’s the website: http://www.reelinjunthemovie.com/site/

But the movie doesn’t capture well the more subtle features of Indian identity. Certainly the history of Indians in film is too broad, overly black and white, with portraits that fit snugly into stereotypes. Pictures of cinematic Indians are blunt rather than refined, making the topic a rich field for students eager to try their hands at critique.

Missing in Reel Injun is the liminal space that Indians occupy.

As Rachel began talking about liminality—a concept she understands but is hard to wrap my mind around—I imagine that Indians are lodged within odd intersections and dark corners of life’s dimensions: thoughts and dreams, books and films, reservations and townhouses. Writers talk about the “liminal space” as an in-between space. The Oxford English Dictionary calls liminality: “A transitional or indeterminate state between culturally defined stages of a person’s life.” In a luminal space, people “elude or slip through the network of classifications that normally locate states and positions in cultural space.”

Reel Injun takes the viewer to the silent film era then through the eras of savage Indian to noble Indian, ending with snippets of interviews of authentic Indian directors whose works eschew the tired stereotypes. The film is chunked into these bits of filmic history, glossing over the more subtle notions of Indian identities.

I argue there’s an “in between” place where Indian identity is continually massaged and re-invented. Recently critic Matt Yockey (in Cineaction, 2009) talked about identity in film, as “a liminal space and an in-between state of mind, always transforming, always being reinvented, always in the process of becoming.” And Indians continue to be reinvented, thanks, in large part, to the Native American directors and writers who venture into the in-between spaces and flesh out richer depictions of our relatives.