A Vulgar Display of Power 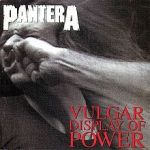 Truth is we didn’t know what to expect.

But we found out what happens when heavy metal meets classical sensibilities.

One critic described it “like a cello smacked upside your head” when the Portland Cello Project recently performed music from heavy metal’s Pantera–eponymously dubbed, A Vulgar Display of Power.

We stood fanny to fanny with 30-somethings celebrating the 20th anniversary of the heavy metal album, the cellos pounding out the rhythm while some in the audience shouted the lyrics: RESPECT! WALK!

The original album contains a parental advisory for explicit lyrics (when did you last see that on a classical record?):

Is there no standard anymore?
What it takes, who I am, where I’ve been
Belong
You can’t be something you’re not
Be yourself, by yourself
Stay away from me
A lesson learned in life
Known from the dawn of time

A Vulgar Display of Power frontlines music that would be inaccessible to someone like me. But in the hands of the Portland cellists, the heavy metal tunes not only rocked, they informed. Be yourself. Respect.

The classical musicians accomplished for heavy metal what Dolly Parton did for country music: they mainstreamed the ineffable.

The album is described on Amazon as “blending eerie, surging grooves influenced by Black Sabbath with thrashy speed metal riffs” creating a “bleak, oppressive disc that captured both ends of the speed spectrum without resorting to cliché.”

The “surging grooves” resonated with the cellos, and the musicians revealed the mellifluous qualities of heavy metal, eschewing guitar riffs that would typically pierce your frontal lobe like a hot stick.

Kudos to the Portland Cello Project for keeping the experiment fresh.

For a snippet of Mouth of War go to http://www.youtube.com/watch?v=QRm7_N5jklc

Professor and researcher at Portland State University who studies science communication, particularly issues that impact American Indians. Dr. Coleman is an enrolled citizen of the Osage Nation.
View all posts by Cynthia Coleman Emery →
This entry was posted in censorship and tagged literacy, rhetoric. Bookmark the permalink.