Can You Prove You’re Indian? 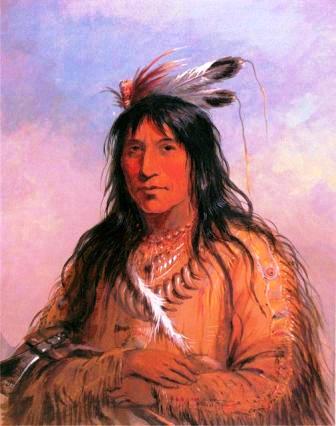 >My editors want me to add a chapter to my book on the topic of American Indian identity.

But imagine writing a chapter on, say African American identity, or how about Swedish American? Chinese American? White American? What would you say?

Native America is rich, diverse and heterogeneous. Indigenous people account for less than 2% of the total US population, and 18% of Alaska’s population. There are 562 federally recognized tribes. Some of our languages are as different as Turkish is from Portuguese.

In other words, you would be hard-pressed to encapsulate American Indian identity into one little book chapter.

Identity remains a highly charged political issue in many quarters.

Recently Elizabeth Warren, who is running for senate in Massachusetts, was skewered by some members of the press because she claims American Indian ancestry.

But many white-looking citizens make similar claims. I recently conducted a randomized study of residents in the Pacific Northwest and we asked how many folks had Native ancestry.

Twenty percent said they had an Indian ancestor. But only half of the respondents could name their tribal affiliation.

While some family ancestral stories may be fabricated, it also stands to reason that some citizens really do have an Indian ancestor. And it may also hold true for Elizabeth Warren: I don’t know.

But I know that the media got stuck on the story, accusing Warren of using the Native American heritage to gain political currency.

The issue is fraught with danger, however.

American Indians—like our country’s slaves—were identified by race, which was operationalized by blood quantum: what percentage “blood” are you? Can you prove it?

Identity, therefore, was a function of your blood, genes and DNA, rather than your culture and upbringing.

How would you feel if you needed to carry a card in your wallet–an identity card that noted how much African blood flowed through your veins?

While it may sound outrageous, that’s exactly the type of card the US government issues to enrolled tribal members.

I have such a card in my wallet—it’s a Certificate of Degree of Indian Blood (CDIB) card. The card identifies my blood quantum, but it says nothing about my culture, my family or my relationship with my tribe.

You can’t get that from a card.

6 Responses to Can You Prove You’re Indian?