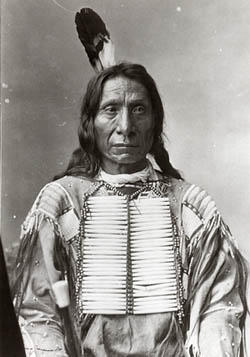 Today’s news made me wonder: how do you define courage?

No doubt it takes guts to get behind sanctions over household weapons.

A new political ad features a women whose mother—the principal at Sandy Hook—was killed when a gunman killed her and took the lives of 25 other souls.

The daughter, in a heartfelt message, endorses Hillary Clinton’s campaign, and says, “[She] is the only candidate who has what it takes to take on the gun lobby. She reminds me of my mother: She isn’t scared of anything.”

I wondered about courage.

I’m not running for president and don’t need to convince you I am courageous: but how would I know if I were?

How do you define courage?

I think courage resides in the mind of the beholder.

But if you’re running for office, courage resides in the mind of the listener.

In effect, you need to appeal to your publics that you shoulder courage.

If we define “courage” within the domain of the courageous person, then it requires no judgment, apart from that of the individual whose reputation is at stake.

But if we define courage as external to the individual, then we rely on public opinion, news spin and rhetoric.

As a result, we rely on the judgment of others to define our personal courage.

Better, I think, to consider courage as deeply personal: what have you done that has required you to bear discomfort or harm?

Courage, by definition, is reaching beyond your comfort to come face-to-face with what challenges you.

Courage means facing your fears: whatever they may be and however small they may appear to others.

I remember the stories of Sioux warriors whose courage was marked by touching their rivals and running away without being caught.

Or stealing horses while their enemies slept.

Bull Bear was killed by Red Cloud (Maȟpíya Lúta), who spent his life trying to negotiate with the Whites: his mark of courage.

What is your mark of courage?

Unlike Hillary Clinton, I am scared of many things: and I think it is mere public relations spin to argue that anyone running for office “isn’t scared of anything.”

It’s more real, more human, more truthful, more Buddhist, more indigenous to admit we are fearful—most the time—and that the true mark of courage is admitting our fears and confronting them.

I leave my children and my students with this message: your courage is defined by confronting your fears. Period.

1 Response to What is courage?