The Ghost of Justin Townes Earle 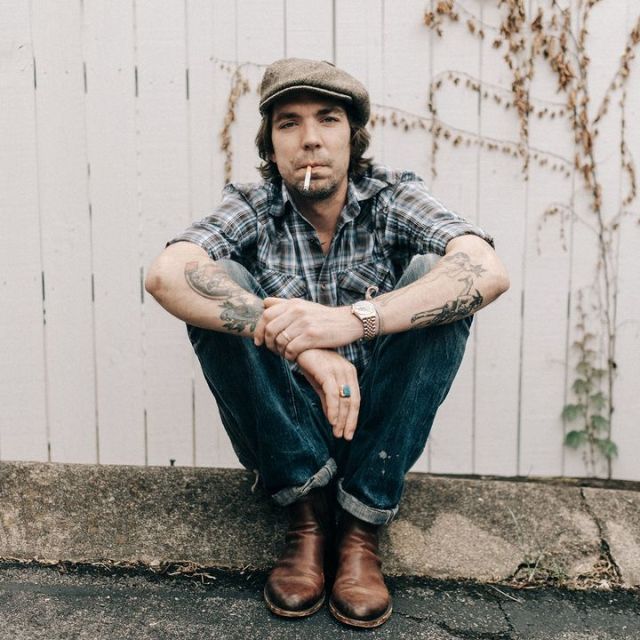 First daughter sent me a video of Justin Townes Earle singing Graceland in a corner of a subway-tiled kitchen.

It’s a lovely black and white clip from the German-based, Hamburger Küchensessions, which posts musicians performing live, in a bright, white kitchen.

Turns out both Justin and First Daughter were born the same year, a few weeks apart.

And how coincidental: I listened to Justin’s compositions at home, all day, before the video arrived the next morning in my in-box.

First Daughter sent it because she learned Justin had died.

I didn’t know that when I dusted off a mixed CD of Justin that my friend Bob made for me.

I needed a boost after listening to bleak news all week. I needed Justin’s music.

Bob introduced me to Justin Townes Earle’s melodies, and we saw him perform in Portland to a delighted crowd in—fittingly—the Mississippi District.

Something about his lyrics and tunes resonates.

I read that the shadow of Justin’s father (songwriter Steve Earle) was hard to escape, yet I find their styles quite different.

Bob and I saw Steve Earle perform at an Oregon folk festival, and he told the audience a story about his pal, (John) Townes Van Zandt.

So self-deprecating that when his son, Justin, was born, Steve told his friend he named his son, “Townes.”

Really? Townes, said, You know someone else named Townes?

Steve told the New York Times in 2009 that Townes failed to promote himself: “Part of him didn’t consider himself worthy of anything.”

“My first name was supposed to be Townes; mother would not have it … she hated him because of the trouble that Dad and him got into.”

Townes’ and Steve’s indulgences with drugs and alcohol, which also afflicted Justin, are well-documented.

As of this writing, no information has been released publicly about the cause of Justin’s death at age 38.

I hope he knows he was worthy and loved.

With acknowledgement and gratitude to the Native peoples on whose land I live, write and teach: the Multnomah, the Clackamas, and the denizens of all Indigenous nations

Professor and researcher at Portland State University who studies science communication, particularly issues that impact American Indians. She is enrolled with the Osage tribe.
View all posts by Cynthia Coleman Emery →
This entry was posted in nativescience. Bookmark the permalink.