Why beliefs matter with climate change 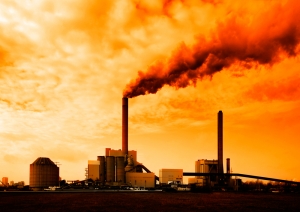 I wish I knew more about climate change.

Problem is I’m occupied with discourse—the stories we grab from headlines, television and Twitter.

How do we (I mean discourse) talk about climate change?

What occurs in my circles is the sheer bewilderment—on the part of scientists and folks like me interested in science communication—that our beliefs trump facts.

Climate change gives us a perfect exemplar when we discount evidence because it doesn’t comport with what we hold dearly.

Take the case of the link between abortion, miscarriage and breast cancer.

Abortion foes praised the study while freedom-of-choice advocates decried it.

Point is that folks with a vested political or religious belief accepted or denied the evidence.

Turns out today, with 10 more years’ worth of data on women and breast cancer, the interpretation of evidence has shifted: scientists agree there is no significant link between abortion, miscarriage and breast cancer.

Regarding climate change, scientists argue that we—ourselves—are to blame for changes in the environment that have wrought acid rain and drought.

Why, then, should we object to measures that would help restore nature’s balance?

Take the example of John Boehner, Speaker of the US House of Representatives and a Republican from Ohio, who dismissed science when looking at climate change.

“I’m not qualified to debate the science,” he told reporters.

His argument hinged on a different element altogether—not the scientific evidence of climate change—but rather his beliefs that the Obama administration’s actions to address the environment would harm jobs.

Here is his key point: “Every proposal that has come out of this administration to deal with climate change involves hurting our economy and killing American jobs,” said Boehner.

It’s a matter of priorities and values.

Clearly abortion foes value less the freedom-to-choose. And Boehner? He values a robust economy over policies to confront climate change.

By claiming he “can’t debate the science,” Boehner removes evidence-based judgment, opting instead for a value-system that trumps a competing values-system.

Turns out it’s not about science after all.