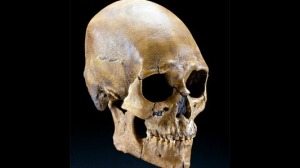 One of my many Lakota uncles, John, casually referred to himself as mixed-blood.

John grew up around Pine Ridge and Mission, South Dakota, and went to school with the Deloria clan.

“I gave Vine a bloody nose when we were kids,” John said.

The last time we drove to Sundance, John pointed out Russell Means’ house.

John’s father was Ho-Chunk (Winnebago) and his mum, my relation, was French, Sioux and Osage.

And culturally speaking, John occupied a place in the Sioux culture and the mainstream white society.

We talked a lot about identity and authenticity, as John was raised in an era where blood was quantified.

Folks in my family carry a CDIB card—a certification of the degree of blood quantum–issued by the US Federal Government.

And because I’m on the tribal roles, I also carry an Osage tribal card.

But does blood matter?

Anthropologist Kim TallBear makes a compelling case that blood is not the same thing as DNA.

TallBear notes that blood has long been a metaphor for discussing race and purity.

“Indian blood could be diluted over generations through interbreeding” with the aim of absorbing indigenous people into the mainstream, she writes in her book, Native American DNA.

But what about DNA?

That’s a whole other story.

Today scientists can examine threads of your DNA and match it to populations that—genetically speaking—carry similar DNA.

But the science is only as good as the data that are available.

That is, DNA can hide.

TallBear explains that you could have two grandparents who are genetically Native American but—because your parents and then you get a fraction of DNA from your elders—it’s possible that you might “show no sign of Native American ancestry.”

It’s not that you lack Indian heredity—it’s that the tools we have to analyze DNA cannot discern these sorts of nuances.

Rather, DNA tests rely on patterns, like most scientific research. And if the patterns scientists expect to find are missing or hidden, then it’s harder to demonstrate kinship.

That’s probably why some scientists argued that Kennewick Man, the ancient skeleton discovered on the Columbia River in 1996, wasn’t native to North America.

The skeleton’s skull and features, they said, bore little resemblance to local Indians.

But scientists at the time were likely blinded by the evidence—which was inadequate to explain the relationships between local folks and their ancestor.

Scientists had to make their best guess.

Indian denizens, on the other hand, argued that Kennewick Man (The Ancient One) could be no other than their ancestor, as his remains were found buried on indigenous homeland, and because oral stories recount that The People occupied this area since creation times.

Based on the evidence at hand, and guided by the prevailing paradigm that skull shape is associated with racial type, the scientists incorrectly pronounced that Kennewick Man is unrelated to North American tribes.

But this spring, a team of scientists who were able to extract DNA from the skeleton, found it resembled DNA taken from members of the Colville tribe.

Note that the way in which the discussion gets framed is that Kennewick Man’s DNA shows a “stronger association” with North American Indians rather than with other groups.

In other words, we know what we know based on the evidence at hand.

But it’s also possible that Kennewick Man’s DNA may not have matched members of the Colville Tribe by random happen-stance.

In other words, Kennewick Man could have lacked the requisite DNA to draw linkages with the Colville—but that couldn’t prove the lack of a relationship.

In summary, relying on scientific pronouncements—which may be flawed—to decide Indian policy seems rather irrational.

Ever since the skeleton was purloined by federal officials in 1996, local tribes insisted The Ancient One be repatriated, as federal statute proscribes.

Now that scientists have suggested that patterns of DNA mesh with Kennewick Man and the Colville, politicians in Washington and local tribes have urged to have the skeleton returned from its quarters at the Burke Museum to Indian hands.

The decision becomes a biopolitical one, where science trumps cultural provenance and is accorded the final word.

I hope one day that Indian truths will wield the same legitimacy.