The Day Julia Joined the Osage 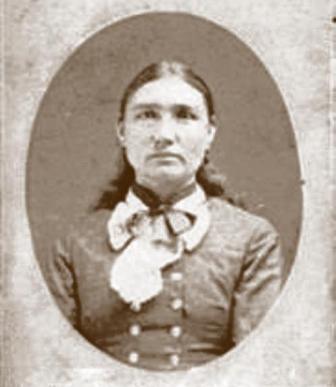 My uncle sat in the front seat while I drove his car, pointing out the sights on our drive to Pine Ridge—there’s Russell Means’ house, there’s the Agency, there’s Big Bat’s store.

We parked the car and John, my daughter and I loped into the famed convenience store and bought ice pops we ate in the parking lot.

We saw a young resident using a cell phone.

That’s a commodity phone, John said. Left-over phones no one wants that make their way to the reservation.

John grew up in small towns in South Dakota, including Mission, where, as a kid, he argued with Vine Deloria and punched him in the nose. “He was a brat,” John said.

My uncle’s family moved around the territory where his father, a member of the Ho-Chunk nation, worked as a high school football coach.

Parkman wrote lovingly of guide Henri Chatillon in his best-selling book, The Oregon Trail: “I have never, in the city or in the wilderness, met a better man than my noble and true-hearted friend, Henri.”

Henri and Bear Robe’s daughter, Emilie, married an Osage man called Benjamin Lessert, and their offspring’s offspring are scattered throughout Indian Country, most of whom are enrolled with the Sioux.

How did the Lesserts wind up in Osage country?

The man whom Emilie Chatillon married in 1859—Benjamin Lessert—was one of 10 children of Julia Roy and the French-Canadian Clement Lessert.

(Today their children’s names continue to be known in Lakota and Osage circles: Lessert, Revard and Tinker.)

Julia was Osage, Kaw and French, and cut a striking figure, according to French-Indian Families in the American West (1988), penned by our relative Irma R. Miller.

Miller describes Julia as “a large woman, even majestic, which referred not only to her bearing but her character and personality.”

My relatives still honor Julia with several descendants named after the woman who demanded that the Osage take in her and her six youngest children after Clement died.

Miller writes that Julia was concerned for the welfare of her children (her son and my relative Benjamin was married to Emilie and living near Pine Ridge).

With her husband buried, Julia gathered her children and travelled to the Osage Mission at Neosho (Missouri), hoping this would be a safe place for her family.

But when Julia arrived with her children, the US agent said she needed to prove her Osage heritage: the mission was open only to tribal members.

“Julia pulled herself to her full height and challenged those who would not vouch for her Osage lineage,” says Miller.

But the agent insisted on proof.

Each white-haired chief took his turn to affirm Julia’s status.

Ever since, my side of the family identifies with the Osage, with whom we are enrolled.

2 Responses to The Day Julia Joined the Osage