High gloss won’t restore the sheen on the warty toad 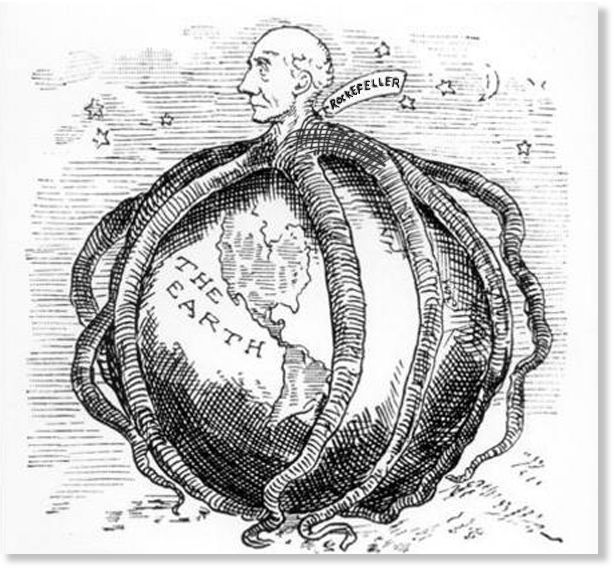 (Earlier this week I wrote that the comb-over candidate’s spinmeisters are redoubling their efforts to curb the candidate’s runaway tongue by having him stick to a carefully scripted playbook. Today’s New York Times confirms the prediction. The first headline you see announces the candidate is trying a new tactic: “Sticking to the Script.”)

Until now, we’ve seen an unvarnished toad running for office: warts and all.

But judging from this week’s headlines, the candidate’s revamped strategy is aimed at burnishing an image of a boorish braggart into a facsimile of a sentient being.

Press agents and publicists can be masterful at creating images that turn a sow’s ear into a silk purse.

Rockefeller, who founded Standard Oil in 1870, was considered the “most hated man in America,” according to historians.

A PBS documentary describes the businessman as “monstrous, evil, cruel.”

The richest and most despised mogul earned his reputation as a “rapacious Midas,” according to journalist Bill Moyers.

Rockefeller built his ruthless reputation by buying out his competition, and by 1872, he controlled 90% of North America’s oil, thus creating the country’s first monopoly.

In one rendering, an octopus with Rockefeller head envelopes the planet with all eight arms.

But the most devastating blow befell the tycoon in April, 1914, when striking miners, their wives and their children, and members of the Colorado National Guard, were killed in Colorado.

The Ludlow Massacre, memorialized in song by Woody Guthrie, resulted in 75 lives lost (and perhaps more).

The Colorado Guardsmen used a Gatling gun—the precursor to the machine gun—to quell the miners’ strike, and then set fire to their tents, according to The New Yorker.

A dozen-plus women and children hiding under the cover of a tent—to keep safe from gunfire and conflagration–perished.

Miners then took up arms against the Colorado Guard, resulting in dozens’ more deaths.

Rockefeller’s reputation took a heavy toll because the 11,000 miners worked for his company: the Colorado Fuel & Iron Corporation.

Newspapers blamed Rockefeller personally for “mowing down children” and sympathized with the miners and their families, noted historian Elizabeth Burt in a study of press response to Ludlow published in 2011.

“Stories humanized the strikers and their families, even turning some into heroes as they sought to protect women and children….They were, simply, men, women and children struggling to survive in deplorable conditions,” Burt writes.

“The outrage ignited protests in major cities across the nation. Demonstrators jammed Union Square in New York City. Socialists took the conflict directly to the richest men on the planet, picketing the Standard Oil Building on lower Broadway. Under the pressure, Rockefeller collapsed and took to his bed,” notes Thai Jones in an article for The Nation.

Lee publicized Rockefeller’s charitable acts in light that the benefactor had given generously to causes including medical research, Christian missions and education.

Taking a page from the politician’s playbook of staging photo opportunities (such as kissing babies on the campaign trail), publicist Lee arranged for Rockefeller to hand out shiny dimes to children, with reporters and cameras in tow.

Did the varnish gel?

Even with a boatload of publicity, Moyers says the billionaire’s image couldn’t be completely flipped. “Slowly, the alchemy of publicity transformed the image. In the mind of the public it emerged if not pure gold, at least with a fine golden lining.”

My hope is that American publics won’t be fooled by the attempts to gloss over the real Donald Trump.

As Moyers observed, “there is no hero here. Trump is the very personification of the system that enabled him…a white, wealthy, powerful male who dominates everything in his orbit, the white supremacist writ large who would make America over in his own violent image.”

Uncredited image from The Corbet Report.com