Look deep enough and you will find Indigenous footprints 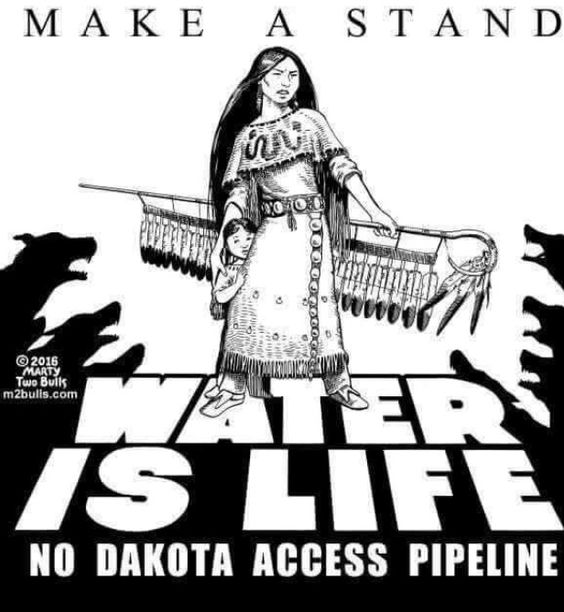 Yesterday, news outlets reported that the group which travelled to Oregon earlier this year, armed with rifles and pistols to take control of a federally protected wildlife area, was found, “not guilty of conspiring to keep federal employees from doing their jobs,” according to the Portland-based Willamette Week newspaper.

On hearing the news Thursday (27 October), American Indian reporters, activists, tribal members and relatives took to Twitter, Facebook and other internet outlets and let off steam.

Anger on social media rose when the treatment of the protesters in Oregon—who were given an acquittal—was compared to North Dakota protesters who had been handcuffed and carted off to jail, also on Thursday: about 141 souls in all, according to Reuters.

Writers juxtaposed the two events side-by-side, asking why the protestors in Oregon were treated differently from the protestors in North Dakota, who argue that a proposed oil pipeline will desecrate Indian lands and impact water, wildlife and humans.

How is it that a handful of protesters equipped with firearms were able to take over the wildlife center in Oregon, and prevent public access to the refuge located on federally protected land, and then receive a “pass” by a jury?

Look deep enough and you will find Indigenous footprints.

The Malheur wildlife refuge—which is operated by the US Fish and Wildlife Service—was home for Indigenous people for thousands of years, and researchers found evidence of human settlement in the area dates back nearly 10,000 years—as old as Kennewick Man.

Considered their homeland by today’s local tribes, the territory in Southern Oregon was taken forcibly by militia and settlers in the late 1880s, and the Indians were—quite literally—driven from their lands.

The acreage surrounding the wildlife refuge was earmarked for Federal protection by President Teddy Roosevelt in 1908. Local Indians were not so fortunate.

Some tribal residents were confined to reservations with their movements restricted, while others were shuttled off to the Yakama reservation in Washington State—hundreds of miles from home.

In North Dakota, as in Oregon, tribal people have been denied access to their homelands—whether by actions decreed without their permission, or simply because settlers and militia set up camp on Indian territories.

Rather than remaining silent, and rather than bringing guns and bullets to their encampment, hundreds of citizens gathered in North Dakota throughout the spring, summer and fall to draw attention to a pipeline that will run from North and South Dakota through Iowa to Illinois.

Purpose of the Dakota Access Pipeline (DAPL) is to move “light sweet crude oil from North Dakota” to refining markets, according to the DAPL website.

The pipeline will run slightly more than 1,000 miles—about the distance from Seattle to Los Angeles—and measures about 30 inches in diameter (30 inches is about the size of a woman’s waist in a dress labelled “large” in the United States).

Opposition to the pipeline is led by the Standing Rock Sioux Tribe, whose lands include those surrounding the proposed pipeline, according to Robinson Meyer, writing for The Atlantic.

Meyer writes that in the late 1800s the U.S. government “renegotiated a new treaty with the Sioux under threat of starvation. In that document, the tribe ceded much of the Laramie land, including the Black Hills of South Dakota.”

Like other Indian tribes, Sioux lands were doled out to Indians and then repossessed at will. “In 1980, the Supreme Court ruled that the Black Hills were taken unjustly, and it ordered the U.S. government to compensate the Sioux tribes,” Meyer writes.

But the Sioux never collected the money: instead, they want title to the Black Hills and surrounding areas.