Learning from Ferguson, Part I 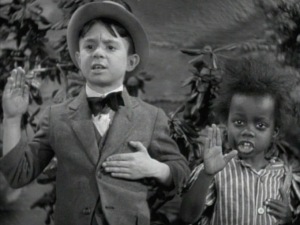 How do racialized differences affect us?

One important lesson we can learn from the anger and violence waged lately in Ferguson, Missouri, is how we look at core problems.

My pledge this November has been to write 30 blogs about issues through the lens of American Indian worldviews in honor of Native American Heritage Month.

Before looking at how the Ferguson case illuminates American Indian issues, I want to deconstruct the news stories and link them to social issues.

At an individual level, we see from the news that in August this year, a young man, thought to be involved in mischief at a convenience store, was killed by a police officer.

That issue alone—that an officer made a judgment to shoot an 18-year-old—gives us pause, leading us to question how such judgments are made and whether the judgment was warranted.

When the grand jury decided earlier this week the case lacked probable cause to indict the police officer, protests—some peaceful some violent—erupted in Ferguson.

Adding fuel to the fire was the fact that the teenager—Michael Brown—was unarmed when killed.

That fact—which may or may not have entered into the officer’s judgment—rises to the top of the news story.

We can strip the case down to its bones, but the heart of the community anger (judging from the news stories) is that Michael Brown is African American and the police officer, Darren Wilson, is white.

So the issue gets reported as one of race, wound around questions of police judgment.

News stories notoriously frame conflicts in a dualistic fashion: one side against another.

So there’s a tendency—woven into the fabric of reporting itself—to pit one group against another and to blame someone for the conflict.

While this tendency grabs readers, it does little to inform us of the larger, social arena where this tragedy occurred.

Fortunately some reporters have taken a long view, describing the tension in Ferguson from a societal perspective.

They ask important questions: What is life like for an African-American man? What does it mean to be African American?

Life expectancy for a black man is about 72, compared to a white man, who, on average, lives until age 77, according to the Centers for Disease Control and Prevention.

For African-American men, death rates are due to heart disease, cancer, homicide, diabetes and conditions surrounding their birth: rates higher than for white men.

As for homicides, death rates are five-times higher for blacks than for whites. And the victim and offender are most likely to share the same phenotype: 84% of white homicides are done by whites while 93% of black homicides are committed by blacks, according to the US Department of Justice.

The incarceration rate of black men, according to Pew, is more than six times higher than white men.

Black children are more likely than white children to live in poverty: 38% compared to 22%.

High school completion rates have bettered for all students since the 1970s, closing the gap between whites and blacks: graduation rates are now 89% for whites compared with 84% for blacks.

While educational equality is catching up, employment disparages continue. The average American household income is six time higher for whites than blacks.

We are confronted with the question: How do social forces affect and influence cases like the killing of Michael Brown?